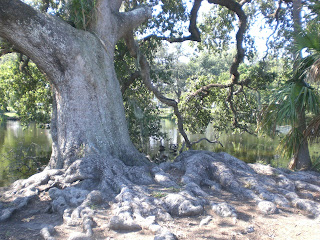 Times-Picayune reported recently that City Park of New Orleans plans to add a dog park to the north part of the property as part of future improvement plans. This means that New Orleans will have their first official dog park, despite the numerous unofficial dog parks that pepper the city, including sites at the levee south of Carrollton and the Barracks in the French Quarter. So typical of New Orleans, which I love: people just doing what they wanna do!
Posted by Dogblogger at 8:46 AM

hmmm, I think this may be inappropriate language.

Let's do it. Take over some park and claim it for the dogs!

The information here is great. I will invite my friends here.